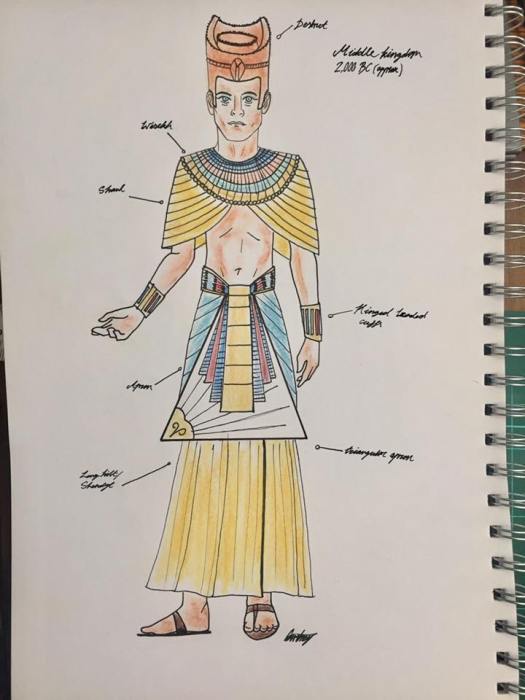 I love the Night at the Museum films and I also love Ancient Egypt, so naturally I was inspired to reinterpret Ahkmenrah’s costume. The goal was to be as historically accurate as possible while still being recognisable.

This took me a couple of months just to research, turns out there’s not a lot of information on clothing from 4,000 years ago. I’m still uncertain of how certain pieces are supposed to be constructed but this is essentially as accurate as possible given the available information. The costume in the film isn’t too far from reality, though it’s evident they were more inspired by Yul Brynner in the Ten Commandments.