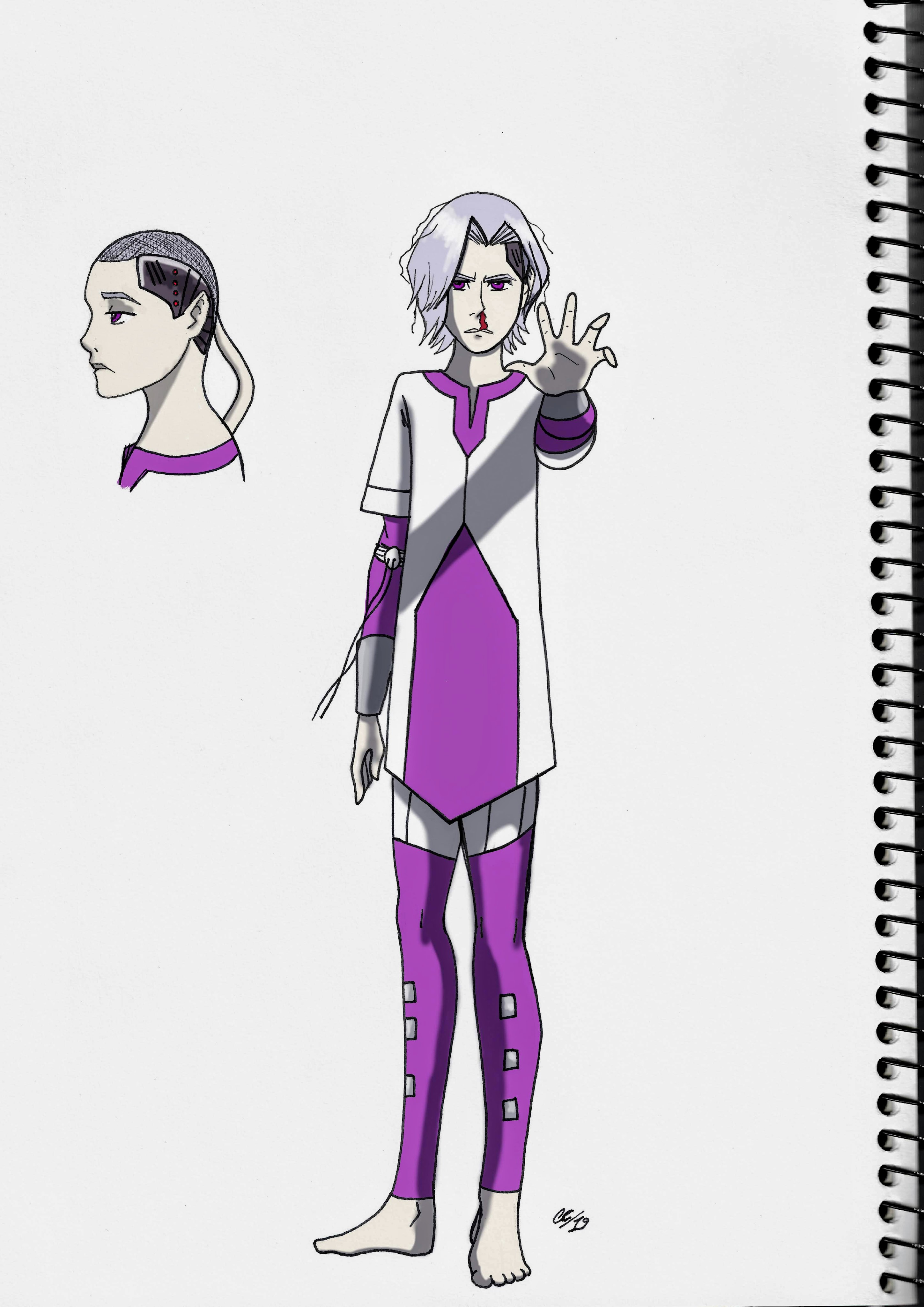 Inspired by a dream I had in which Eleven from Stranger Things met Mewtwo and he revealed that she has psychic powers because she was spliced with Mewtwo’s DNA. It was silly but I kept toying with the idea. So here we have Mewthree? Meweleven? A kind of MK Ultra Pokémon/human hybrid. Mewtwo is apparently genderless, so I tried to make this character as gender neutral as possible.